Confessions of a Refashionista

Sew to Grow with Lindsey Rae

Posted by Maren Geroux at 11:22 PM No comments: Links to this post

Email ThisBlogThis!Share to TwitterShare to FacebookShare to Pinterest
Labels: resources 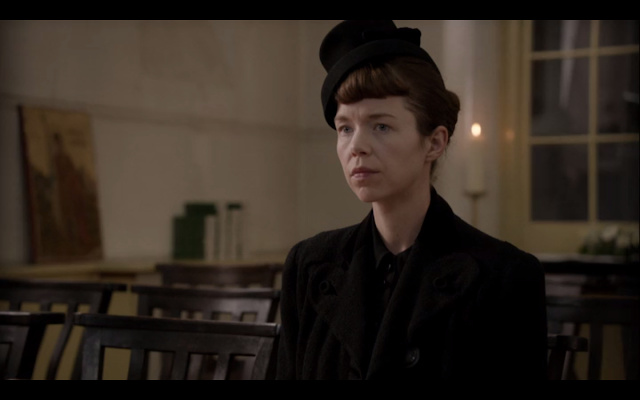 This is much bolder and more fashionable than we usually see from Susan. I suspect she bought it in a hurry. This is just the best thing- the buttons are all paired. 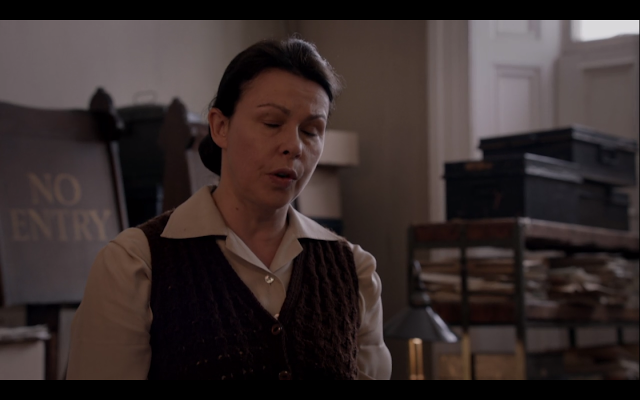 Jean continues the theme of clothes with holes in them. 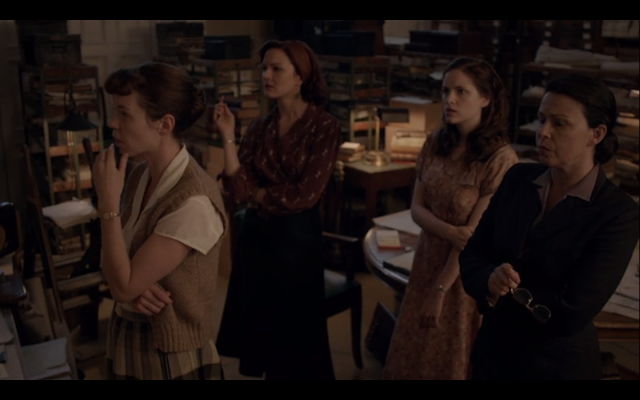 Lucy's dress has a neckband with piping and a ruffle. In a solid fabric it would look like a flight attendant's uniform, but I like it here. Millie's wrap blouse is unremarkable but the print is cute. 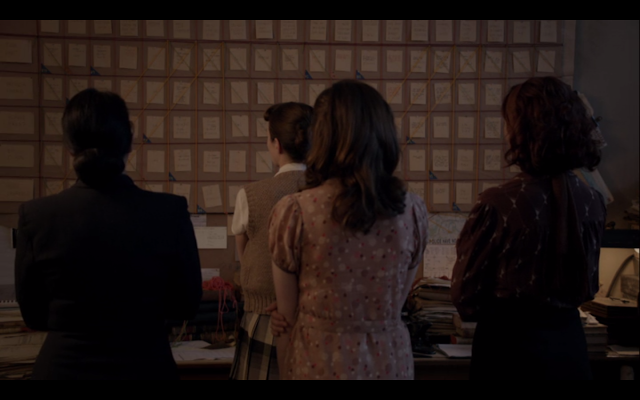 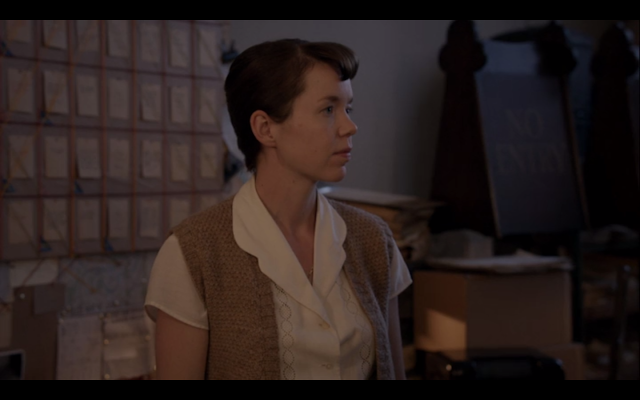 The return of the lacy blouse. God I hate that vest. 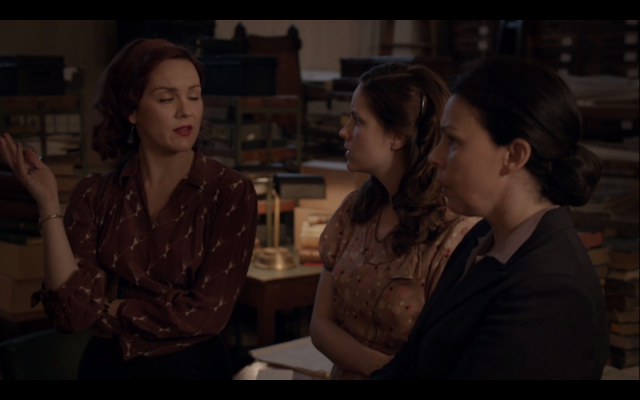 Millie's top could be made with the Lea dress from Style Arc or with McCall's 5314. 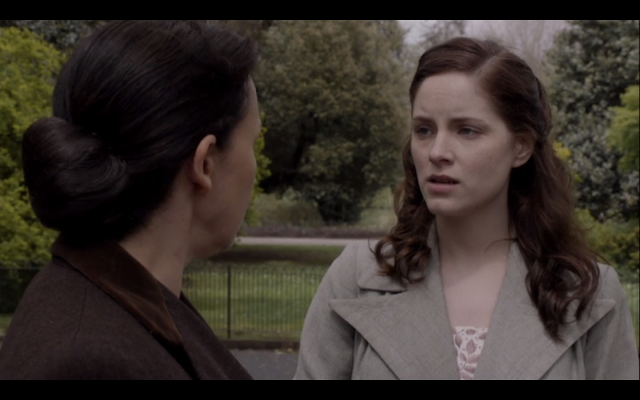 Check out the pattern on Lucy's dress here... 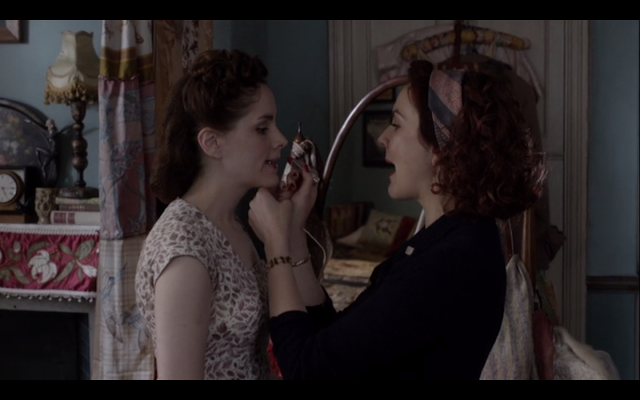 It was her dress all along. Millie just found her some accessories. 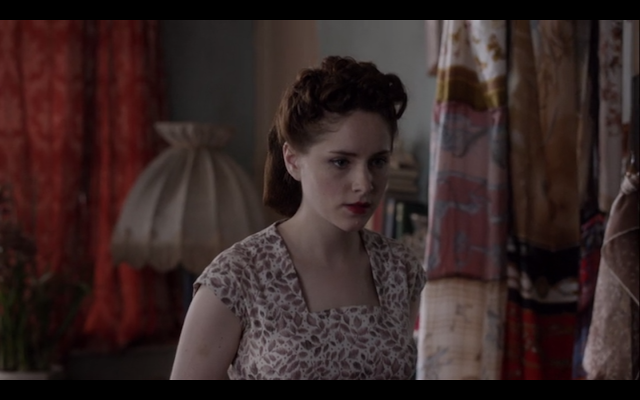 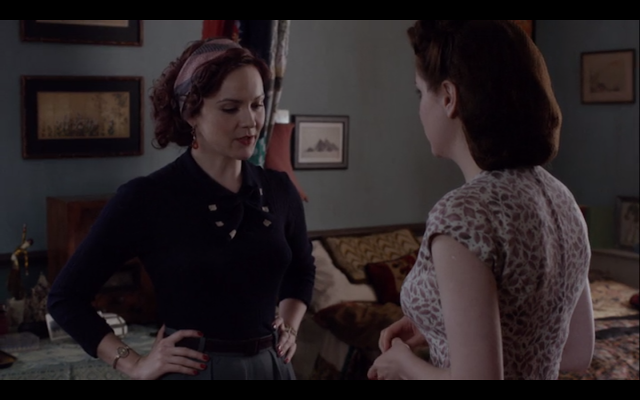 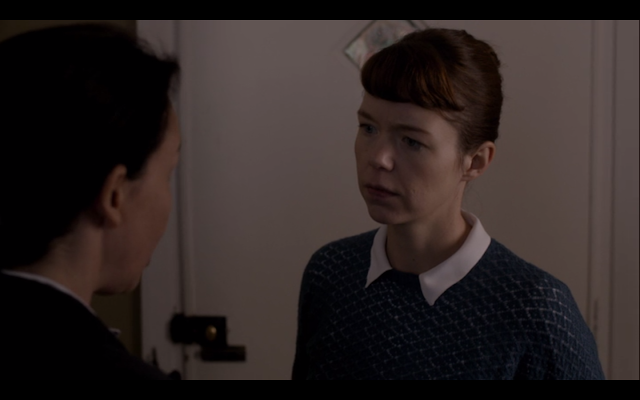 Did everyone buy the same shade of blue wool? 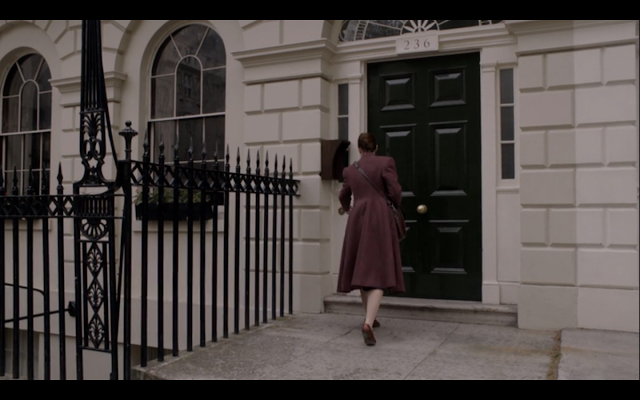 It impresses me that her shoes match her coat. Maybe I need higher standards. 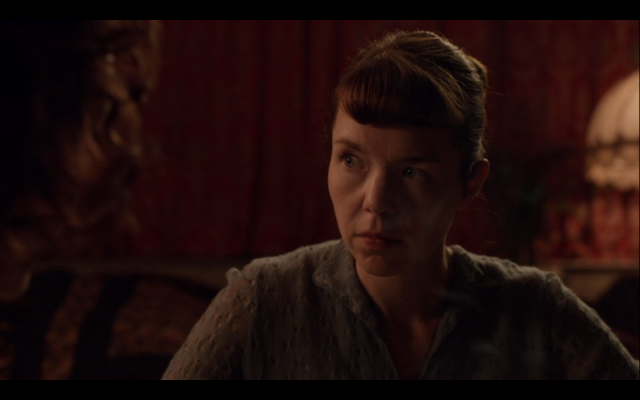 SO. MANY. HOLES in this damn show.
Posted by Maren Geroux at 1:51 PM No comments: Links to this post

The best show you're not watching: The Bletchley Circle 1.1

I've become obsessed with The Bletchley Circle. The fact that it was cancelled after 7 episodes is a travesty. It's the first show I've seen with a woman who is a capable mathematician, and here are four hunting down serial killers in post-war London. The luscious costumes don't hurt either. 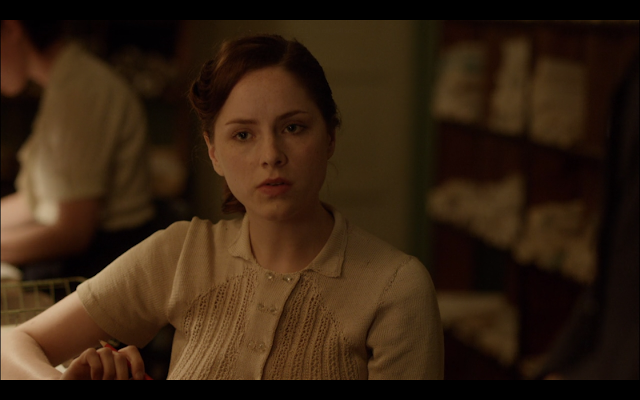 I would absolutely buy that a 15-year-old hand-knit this cardigan. Well done to the costume designer. 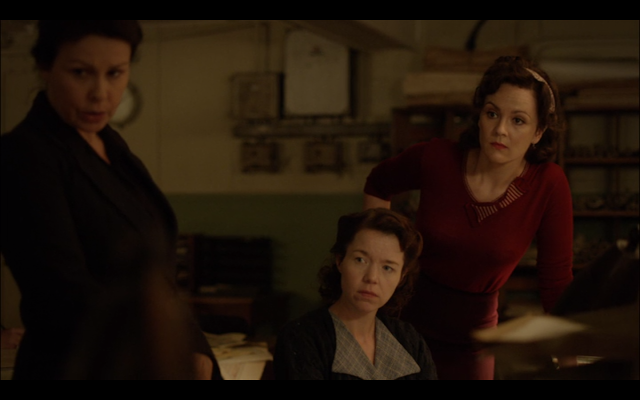 God, this is a bleak time. Let's fast-forward to the fifties. 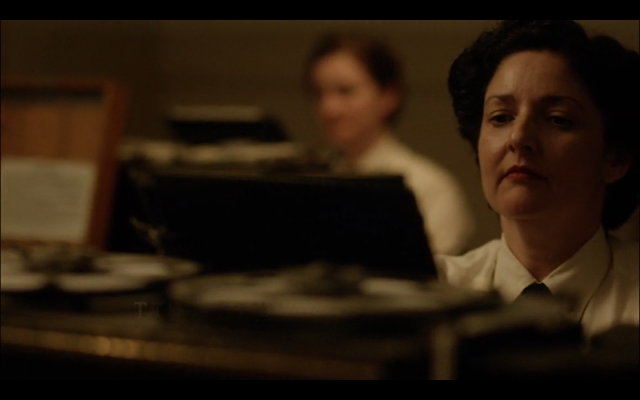 I am obsessed with this woman's hair. Doesn't she look just like a cameo pin? 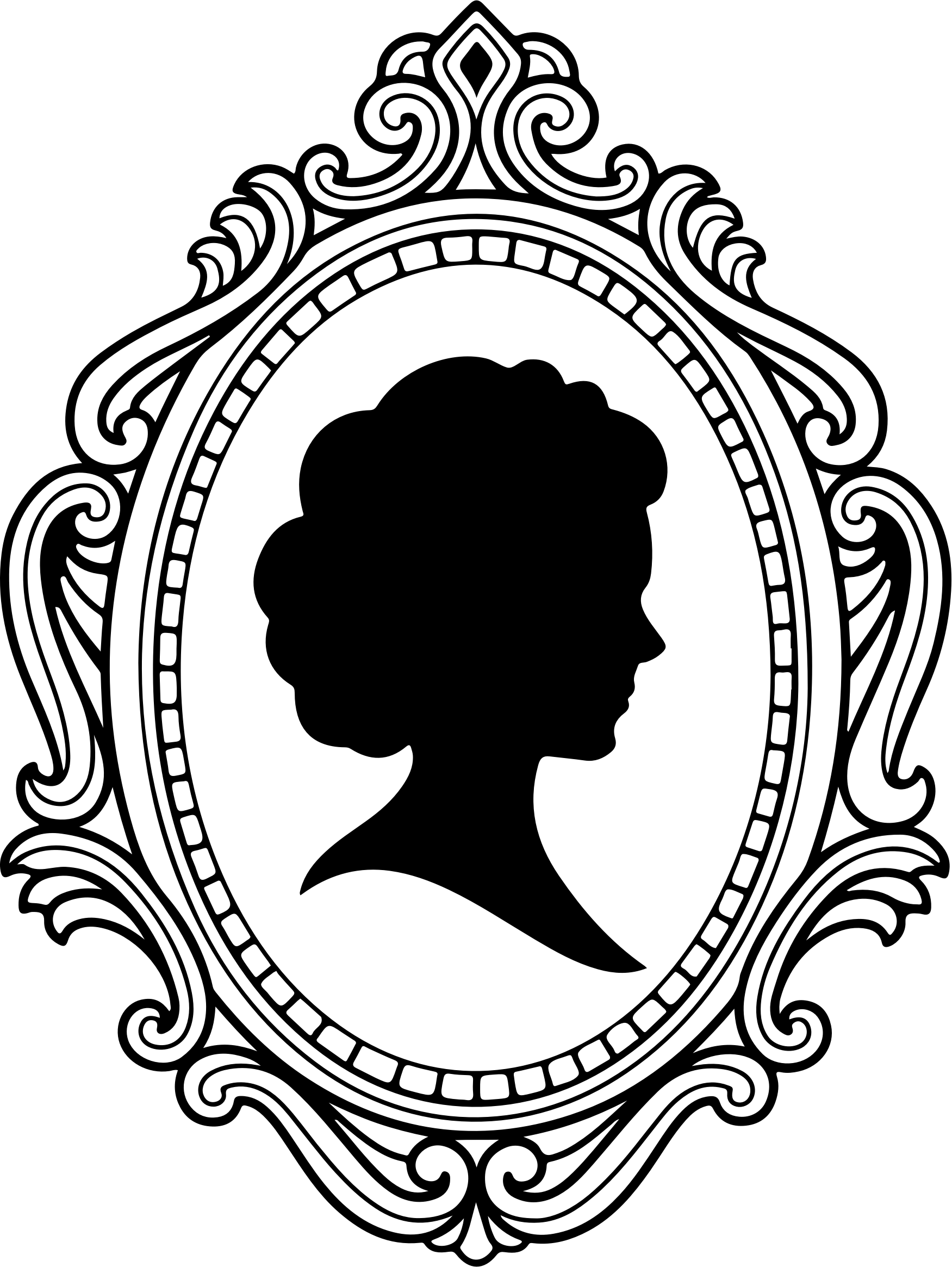 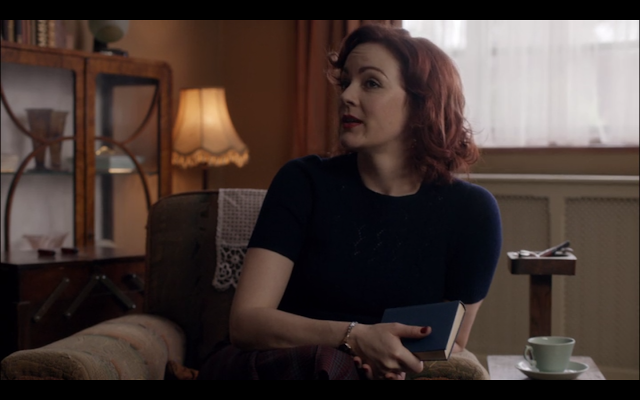 I think this sweater is fantastic. The neckline seems super high for Millie. 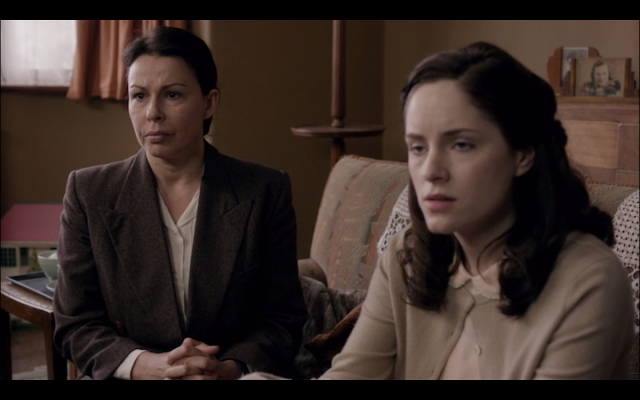 We're in for a lot of twee little collars from Lucy. I wonder if that changes in season two. 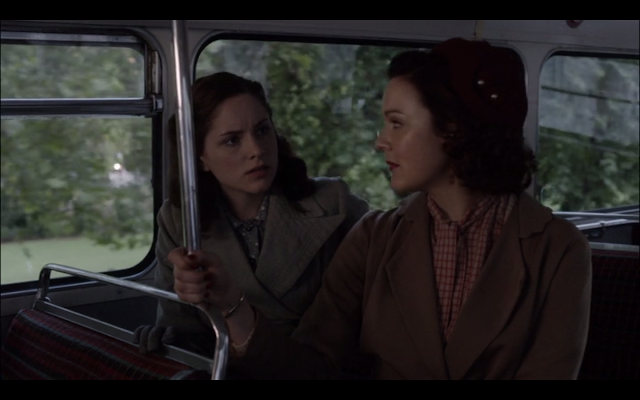 I love the scalloped lapels on Millie's coat. The outerwear on this show is generally enviable. 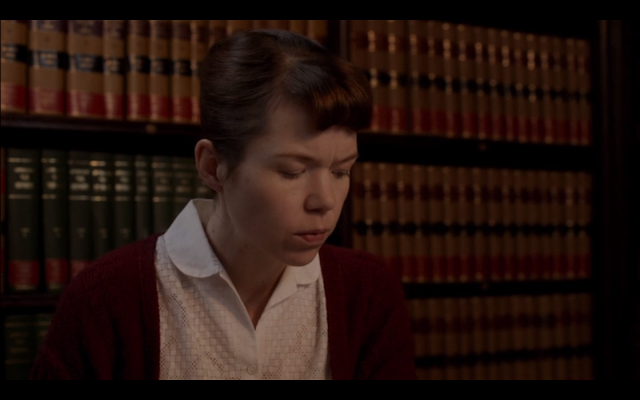 I have no idea what is happening with this fabric, but it's the best thing ever. 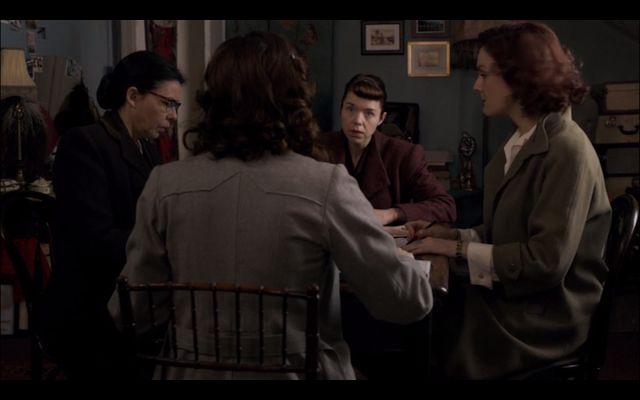 I do wonder why they're all wearing coats inside. Coal rationing, maybe?
Posted by Maren Geroux at 1:31 PM 2 comments: Links to this post

Another day, another revision to my raglan-sleeve bodice. 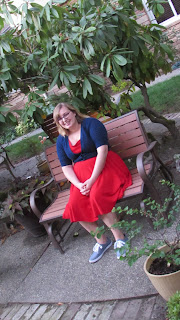 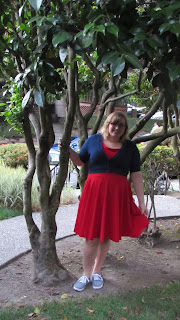 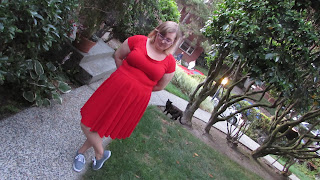 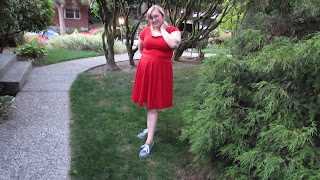 The sweater is a refashion that I didn't take a before picture of. It was just a big, boxy cardigan.
Posted by Maren Geroux at 1:05 AM No comments: Links to this post

Email ThisBlogThis!Share to TwitterShare to FacebookShare to Pinterest
Labels: dress

I recently discovered Disneybounding and it's basically the best thing ever. I was dying to make a costume for the X-men: Apocalypse premiere and I needed to muslin a new bodice, so here we are: 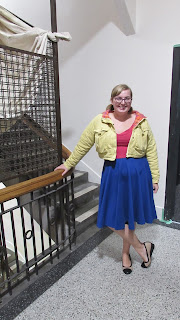 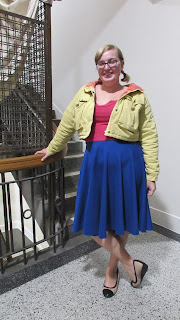 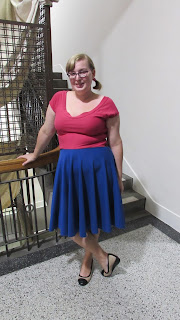 I traced a raglan-sleeve bodice and made it bigger to compensate for a stable knit. It didn't work too well, but I found the same dress two sizes up at the op shop so I can try again. The skirt is a circle, and the jacket is thrifted.

Three guesses who I am, and the first two don't count.

Posted by Maren Geroux at 12:44 PM No comments: Links to this post